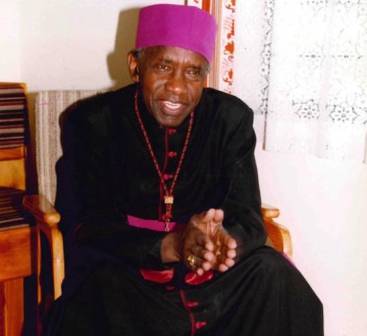 He was ordained a priest on the 31st of January 1961 by His Grace Archbishop John Joseph McCarthy, C.S.Sp., then Archbishop of the Archdiocese of Nairobi. After his ordination, he worked as the national education secretary on behalf of the Kenya Episcopal Conference.

His Grace then proceeded to the United States of America for further studies at the St. John Fisher College, Rochester New York. Upon completion of his studies, he was appointed on 31st May 1969 as the first Bishop of the Diocese of Machakos. He was consecrated Bishop on the 1st of August 1969 at the famous Namugongo Shrine in Uganda by Blessed Paul VI.

Archbishop Ndingi is widely respected for having fearlessly spoken on critical matters affecting the country. He single handedly challenged the establishment during the infamous ethnic clashes that rocked Kenya in the 90s. He repeatedly spoke against abortion and the use of condoms as a solution to the HIV/AIDS plague.

He played a critical role in the education sector from his times as the national education secretary. He favored the establishment of many schools and personally, with the help of friends especially from the United States of America and Ireland, paid for the education of many young men and women. In a review of his biography published in 2010 he was described thus: “A man of prodigious energy, Ndingi played a crucial yet insufficiently appreciated role in some of the most momentous events of our time, including fighting for social justice, fighting for the African traditional values to be respected by the church’s highest authorities in Rome and helping in the growth of education in the country.”