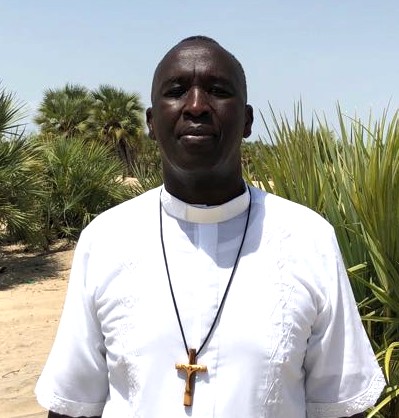 Bishop Dominic Kimengich is the current Bishop of Lodwar, Kenya. He was born in 1961 and ordained priest on the 14th of September 1986. He has served as a priest in the diocese of Nakuru and was the rector at St. Joseph Junior Seminary, a Catholic secondary school for boys in Molo, Kenya. In 2001, he was appointed the Vicar General of the Diocese of Nakuru. From 2006 through 2008 he served as Rector of St. Matthias Mulumba Major Seminary in Tindinyo, overseeing the formation of 170 seminarians.He then served at the Kenya Catholic Secretariat in Nairobi, serving the entire Church in Kenya in Canonical issues by offering legal/canonical advise to the bishops, clergy, laity and religious. Prior to his appointment as auxiliary bishop, he was Judge of the Diocesan Ecclesiastical Tribunal of Nakuru and responsible for sourcing money for the Canon Law Office and ensuring the establishment of functional tribunals in the country.

On March 5, 2011 Pope Benedict XVI appointed him Bishop of the Diocese of Lodwar upon the retirement of Bishop Patrick Harrington. He was installed as Bishop on March 30, 2011 at the Cathedral in Lodwar.